If you just learn a single trick, Scout, you’ll get along a lot better with all kinds of folks. You never really understand a person until you consider things from his point of view…Until you climb inside of his skin and walk around in it. ~ Atticus Finch, ( Gregory Peck) “To Kill A Mockingbird”

Whether its hundreds of spring break bystanders watching and recording a daylight sexual assault of an unconscious woman, or middle school students using a cell phone to video the merciless verbal abuse and taunting of a 68 year old bus monitor, or even a depressed and desperate German co-pilot who decides to include a plane load of people in his suicide plans, there clearly is an empathy deficit and crisis in our world today.

“As you grow up in this world, you realize people really don’t give a s#@% about what you feel or what you think”

We are foolishly implementing national education reforms obsessed with measuring how students compare to each other at a time when schools should be doubling their efforts to maximize our students ability and inclination to care about others.

There appears to have been a data-driven hijacking of the Common Core Standards. The use of standardized tests to assess student mastery devalues the most vibrant components of the standards and abandons the “promise” of constructivist learning.

Standardized  tests measure only specialized and discrete skills called for in the Commmon Core but they are not a comprehensive ruler or appropriate metric for measuring student agency and a wide array of essential non-cognitive skills.

What if the PARCC and Smarter Balanced tests were designed and developed more for teacher accountability purposes than to reliably measure students skills?

PARCC has already acknowledged that their test is not a comprehensive or reliable measure of college and career readiness.

Using junk science VAM formulas, education leaders claim they can use student scores on these unreliable assessments to reliably measure the quality and effectiveness of their teachers.

Have education reformers even considered the possibility that a “highly effective” educator who prepares and trains students to master a standardized test may not be a good teacher?

The unfortunate decision to use standardized tests to evaluate student mastery AND teacher quality means classroom instruction is focused primarily on rigorous and standardized lessons that prepare students for assessments at a time when many would be better served by vigorous and nonroutine experiences helping them learn how to properly manage their attitutes, behaviors, and emotions.

We are devoting too much class time training and testing children just so parents can be assured their 3rd graders are “on track” for college when there is no way the Common Core Standards and tests can prevent or predict which students will be “derailed” by cyberbullying, pregnancy, eating disorders, depression, drug abuse, abusive relationship, poverty, texting and driving, homelessness, domestic violence, hunger, sexual abuse, drinking and driving…

It is unwise to focus so much instructional time on students staying closely connected to text when many of them lack the ability to socially and emotionally connect with people.

Students should be spending less time in the classroom dissecting the craft and structure of Dr. Martin Luther King’s speeches and much more time volunteering in their communities as they honor and apply his powerful ideas about empathy, service, and justice.

When you think about all the rating, ranking, and sorting of students and teachers that is demanded by the Common Core, can’t help but wonder if so much emphasis on student proficiency, data-driven instruction, and standardized testing unintentionally suppresses academic, social, and emotional growth and actually diminishes readiness?

In our efforts to ensure all students are college and career ready we must not forget the importance of preparing citizens that are courage and compassion ready. 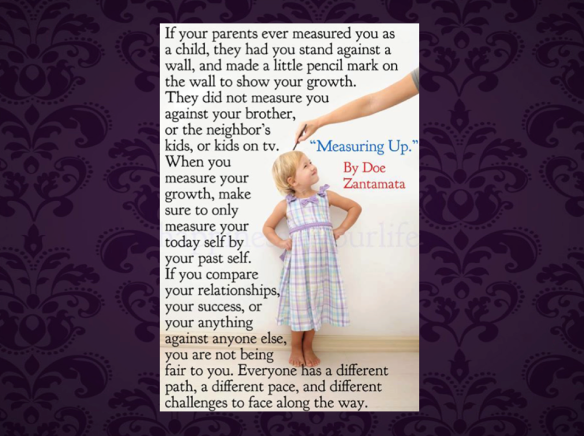